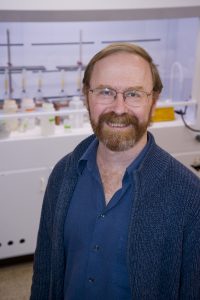 Dr. Ken Buesseler is a Senior Scientist at the Woods Hole Oceanographic Institution who specializes in the study of natural and manmade radionuclides in the ocean. His work includes studies of fallout from atmospheric nuclear weapons testing, assessments of Chernobyl impacts on the Black Sea, and examination of radionuclide contaminants in the Pacific resulting from the Fukushima nuclear power plants. Dr. Buesseler has served as Chair of the Marine Chemistry and Geochemistry Department at WHOI, as Executive Scientist of the U.S. Joint Global Ocean Fluxes Planning and Data Management Office and two years as an Associate Program Director at the U.S. National Science Foundation, Division of Ocean Sciences, Chemical Oceanography Program. In 2009 he was elected Fellow of the American Geophysical Union and in 2011 he was noted as the top-cited ocean scientist by the Times Higher Education for the decade 2000-2010.